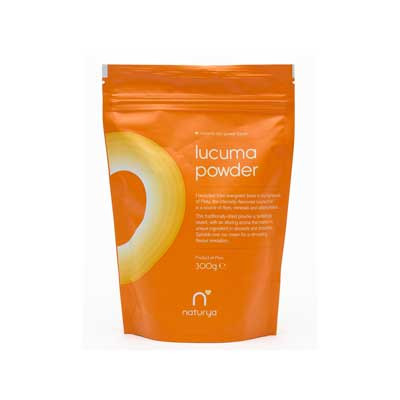 Lucuma is a berry that grows to a length of between 4-8cm. Pouteria lucuma is part of a genus of trees that have long been used in traditional medicines and are thought to have antioxidant activity. Lucuma is extremely popular in Peru and Chile due to its delicious flavour, which has been described as similar to maple syrup. The fruit can be eaten raw but is commonly used as flavouring in ice creams and desserts. The fruit is native to the Andean valleys; growing naturally in Peru, Ecuador, Colombia, Northern Chile and Bolivia. It commonly appeared in pre-Columbian art, in both potteries and textiles, underlining its importance to these cultures. Efforts to grow lucuma outside its native habitat have been met with very limited success. For example, while lucuma now grows in Costa Rica, attempts to introduce it to the USA have so far failed.

Our lucuma powder originates from Peru, where it benefits from the temperate conditions, with seasonal rains and high relative humidity. The Pouteria lucuma tree, which bears the fruit, will normally reach a height of around 8 – 15 metres and can produce up to 500 fruits a year. Lucuma fruit is harvested in the summer, between the months of January and April. Although lucuma can be eaten raw it is highly perishable so is often dehydrated and ground into a powder to preserve the nutrients and flavour. The lucuma fruit falls from the tree before it is ripe and must be stored in dry hay until it softens. Once ripe, the lucuma is carefully washed before being sliced into small segments. The segments are dehydrated at a temperature below 45°C, which helps the lucuma retain its nutrients and means it remains a completely raw product. After dehydration, the dried fruit is milled into a fine powder that can be stored for up to two years, without any loss of flavour or nutrients.

Lucuma tastes sweet but is only 17% sugar, all of which are naturally occurring and unrefined. Lucuma also has high fibre content, which helps to regulate blood sugar levels by slowing the entry of glucose into the bloodstream. As a result, lucuma is a useful alternative sweetener to the ‘empty calories’ of sugar. Evidence from the National Diet and Nutrition Survey showed that most adults and children in the UK eat too much sugar. An excess of sugar in the diet can lead to weight gain, tooth decay and an increased risk of diabetes and heart disease.

Lucuma is low in acid and rich in starch. It is a good source of minerals; with generous helpings of iron, which helps to form the red blood cells that carry oxygen around the body. Lucuma also contains phosphorus and calcium, which both help strengthen bones and teeth. Lucuma contains carotene, which helps strengthen the immune system and keep skin healthy, as well as Niacin and Riboflavin (also known as vitamin B3 and B2 respectively), which help to keep the nervous system operating effectively. Extract of lucuma has demonstrated wound-healing properties.

How to enjoy Lucuma

Lucuma is commonly used in the creation of home-made ice cream and can be used to supplement a wide variety of desserts. Its butterscotch taste mean it can be used in almost any recipe, from fudge to mousse, and it combines well with cocoa nibs. As well as acting as a flavouring or sweetener, lucuma is also great in smoothies that need an extra burst of flavour. For an easy fix, simply stir some lucuma powder into a glass of milk or water.