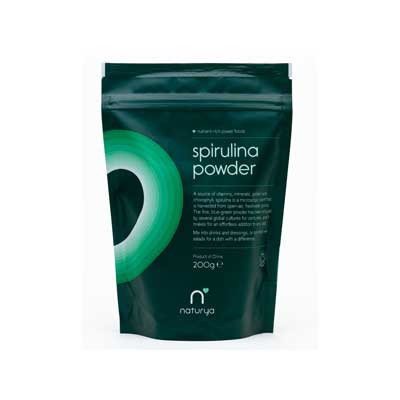 Spirulina is a microscopic blue-green algae, thought to have evolved about 3.5 billons years ago,1 and is so named because of its spiral shape. It has been consumed for hundreds of years; its use was first recorded in 1521 by Bernal Diaz del Castillo, a soldier in Hernan Cortez’s army. Del Castillo discovered the Aztecs collecting spirulina from Lake Texcoco and using it to form a small cake known as tecuitlatl, which they sold in the markets of what is now Mexico City.

The Kanembu people, based to the northeast of Lake Chad, also historically consumed spirulina. They used the algae to make a cake known as dihé, as recorded in 1940 by Dangeard, a French scientist. Spirulina was ‘rediscovered’ in Chad during a 1964-65 expedition by a Belgian botanist called Jean Léonard, at which point spirulina became of more widespread, international interest. Spirulina is a protein rich food and, according to a United Nations Study, its production has far less impact on the environment than many other forms of protein. For example, in comparison to soybeans, spirulina yields 20 times more protein per unit, uses only 25% of the water and is 5 times more energy efficient. Unsurprisingly, the comparisons with beef are even starker.

Our spirulina is organically grown in the Hainan province, to the south of China, in a secluded rural area far from urban pollutants. The long hours of hot sunshine provide ideal conditions for the spirulina, which thrive in warm, alkaline conditions. The spirulina is cultivated in raceway ponds filled with pure filtered groundwater. The water is stirred to spread the nutrients and maintain a uniform temperature. After 1 – 2 months of growth, the spirulina
reaches its optimal density and can be harvested for the first time. Subsequent harvests take place every 7 – 10 days. After the spirulina is harvested, it is washed then rapidly dried. Although this means it is not a raw product, the spirulina is only subjected to heat for a few seconds and its capacity to deal with high temperatures means that it retains almost its entire nutritional value. The product is then vacuum packed and sent to Naturya.

Many people are drawn to Naturya Organic Spirulina because of its high protein content, which is around 56%. Protein helps build and repair body tissue, including muscle. Spirulina is a complete protein source, which means it contains all of the essential amino acids. Amino acids are the building blocks of protein and the essential amino acids must be consumed through diet as the body is unable to synthesise them itself. Spirulina does not have a tough cell wall, so its nutrients are easily digestible. The blue-green algae is richly endowed with a vast array of vitamins and minerals, including particularly high levels of iron, which helps form red blood cells that carry oxygen around the body. Spirulina has generous levels of vitamin B2 (also known as
Riboflavin), which helps to keep the skin, eyes and nervous system healthy. It also contains vitamin E, an antioxidant that protects cell membranes.

Spirulina gets its colour from the chlorophyll (green) and phycocyanin (blue) pigments in its cellular structure. Chlorophyll is thought to improve heart and lung functions and obstruct the development of harmful bacteria. Phycocyanin has antioxidant and anti-inflammatory properties, scavenging free radicals and therefore preventing cell damage. Spirulina also contains beta-carotene, which has similarly potent antioxidant and anti-inflammatory qualities. Spirulina is also thought to boost the immune system, displaying possible anti-viral, antioxidant and anticancer properties in some tests. Spirulina is popular amongst people wishing to detoxify themselves from heavy metals and a study has shown that spirulina may be effective in helping to remove arsenic from the body. A further study found that spirulina may help to counteract anemia and immunosenescence (the degradation of the immune system with age).

How to enjoy Spirulina

For those people looking for a simple hit of spirulina, it can be taken mixed into water, although many prefer to stir it into a fruit juice. Spirulina is a great inclusion to a smoothie and, if you’re feeling brave, it can even be added to sweet tasting desserts. If you’d prefer something savoury, try mixing it into a dip, salsa or pasta sauce for a welcome protein boost.